When arranging some of the songs on my new EP I thought, “piano and vocals…seems simple enough.”  But I was very wrong. And what I found out was just fascinating to me (I know, I’m a music geek).

A lot of my new songs revolve around piano and vocals. That’s the foundation in many cases; I start with piano and vocals and build up from there. I sit and think and try different ideas until it clicks! Of course, some songs have much more than that and some don’t. The amount of supporting instruments depends on the needs of the song. My bottom line is: 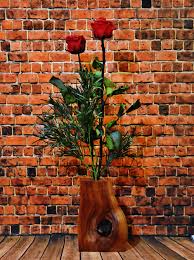 A good foundation can take the weight of many instrument tracks, but doesn’t need the tracks to be considered good.

Personally, I think piano and vocal songs are awesome! I mean, almost all of Adele’s albums focus on sad piano and vocal songs—and she’s an extremely successful artist. And, when you think about it, getting those songs to sound good can take more work than a full-band sound.

(Yes, This Metaphor is About Actual Foundation 💄😄)

It’s like when you use a lot of makeup. It’s much easier to finish a look faster when you’ve got a lot of products to work with: high-coverage foundation, concealer, powder, contour, etc. However, say you don’t want to wear a lot of makeup, but, you still want the same look. It’ll take more time to achieve that look with just three products.

…Back To The Music 🎹

The same thing goes for music. When songs aren’t overly arranged you can’t hide anything. You can’t fill space and you need to have a good song that speaks for itself. My sound engineer Chris Badami said that Adele and her team probably take a day just to get the right piano sound. Let alone finish mixing the song. (Chris is totally AWESOME btw! There will definitely be more blogs about what it’s like to mix an album in the studio!)

I think simple songs are so special because, when there’s nothing to hide behind, they show all the emotion and musicality—and that’s more than enough 💕

That being said, I’m SO excited to share my new music with you this year! And I’m especially excited to keep sharing the creative journey too.