I remember the first time I saw a marching band. I was in 5th grade and my family and I had gone to our high school’s football game. We knew someone in the color guard so we went to watch her.

I had been playing in the elementary school concert band for a year and a half, so I understood the magic behind that. And I knew it was hard enough to play music while sitting down. But…cue the marching band.

We get there a little late. Most people are there for the game, but when the second quarter ends and the halftime show begins that’s when I start paying attention. My mom briefly tries to explain the halftime show, but all I really need to know is “there’s going to be a walking band.” I am very intrigued.

As people are leaving the stands to get snacks, I run down to the front of the bleachers and stand on a railing. (I needed the best view, of course! There was no seats on the field so I realized the whole “walking” thing my mom said was no joke.)

The band comes out with their matching uniforms, all marching in step, and snap their instruments up. The conductor is up on a huge platform, and when her arms begin to move so does the band. My jaw is on the floor! They just made LINES while they’re playing! HUMAN LINES! And they all stopped together, without hitting into each other!

My head is spinning with questions and I vigorously try to make sense of what I’m seeing. I stay transfixed standing on the railing until they stop, snap their instruments down, and march out.

As we were leaving I said to my mom, “Mom I’m gonna be in marching band.” And she said, “Well that’s not until high school, and you might not have time for all that, we’ll see.” 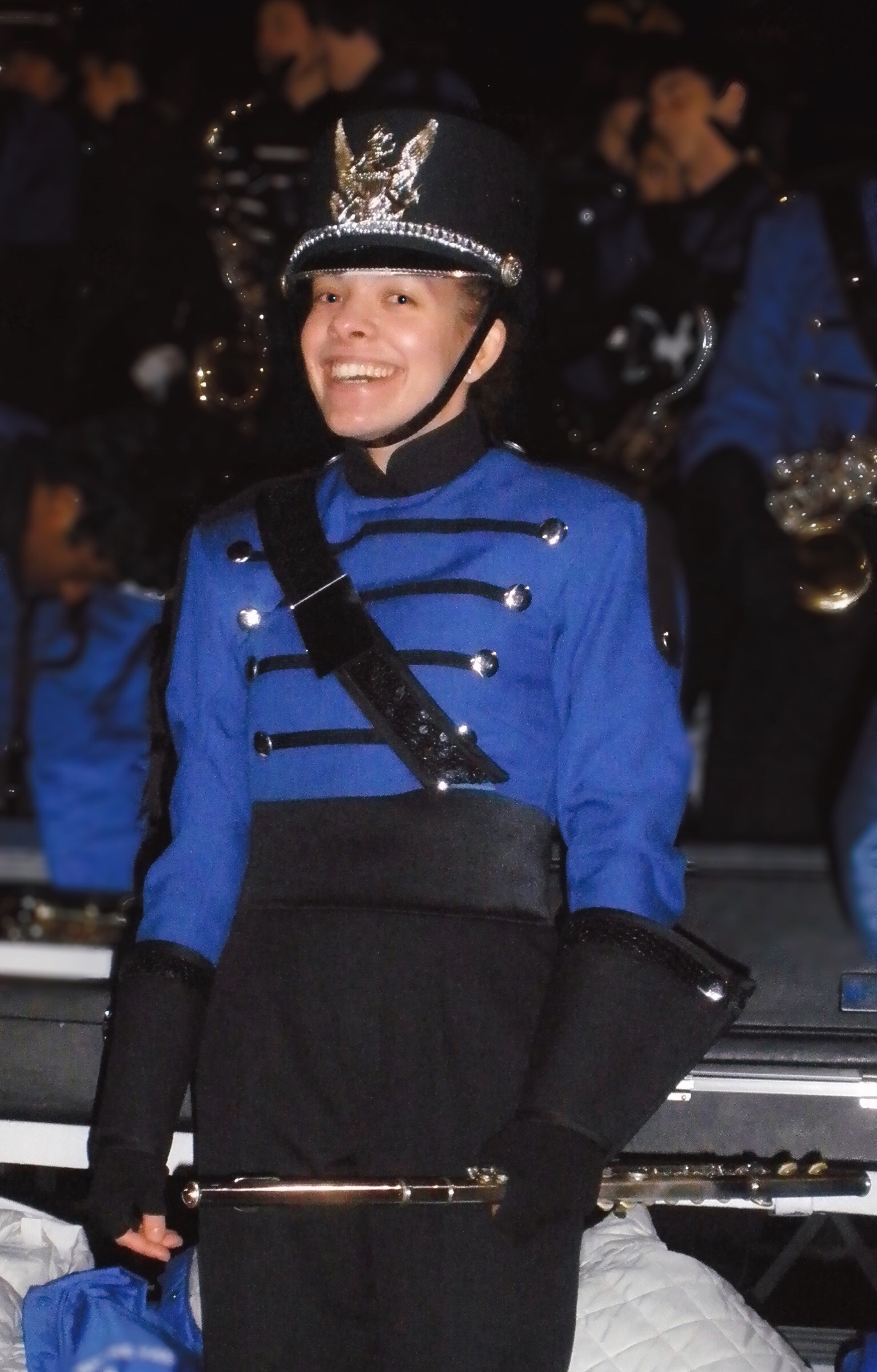 Cut to summer of freshman year on the bus to band camp. There was only seven kids from my grade joining and I was the only girl. I had been waiting three years for this—you better believe I was ready to figure out the magic!!

I did four years of marching band, and of course I figured out the tricks of the trade, the hours of memorization, teamwork, and agility it needed. It heightened my sense of rhythm, perfectionism, and detail. I learned not to cut corners (literally and metaphorically 😄), to always be early (because being on time meant you’re late!), and how to multitask like a professional.

As I ended my marching band journey, I learned not to forget that I had been a part of something I once could not comprehend. And now, after much hard work, something that I loved and understood 💖